Earth Day is on the 22nd of April every year and this year has teamed up with March for Science with the central march happening in Washington DC with a pro-science and pro-environment message. With over 400 satellite marches happening worldwide we thought… why not add one more march in the Atlantic Ocean! Science has great importance not just for the environment, but for medicine, technology and the economy and this was main message of the march. 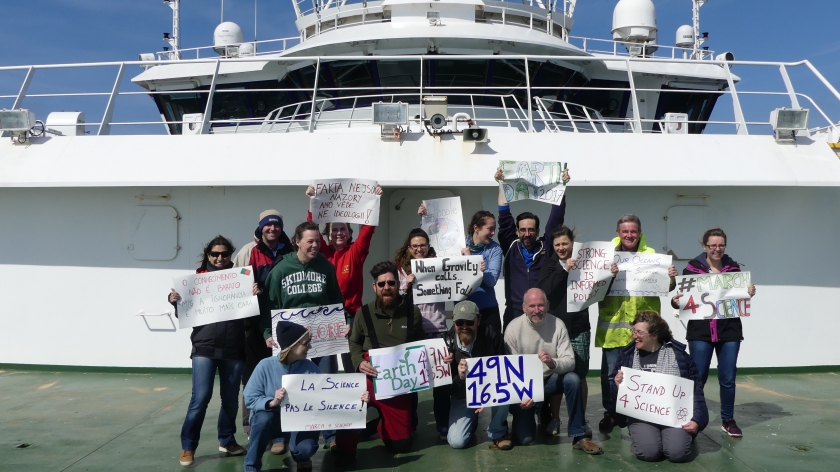 The march took place at 49 N 16.5 W in the Northeast Atlantic where scientists are currently measuring biological, chemical and physical processes in the ocean and on the seafloor. The measurements allow for researchers to further characterise and understand ocean processes, on a long timescale, which aids in detecting changes or unusual events. This is becoming even more crucial as we fully start to comprehend and understand the impact of climate change on the ocean.

Poster making party in the conference room the night before 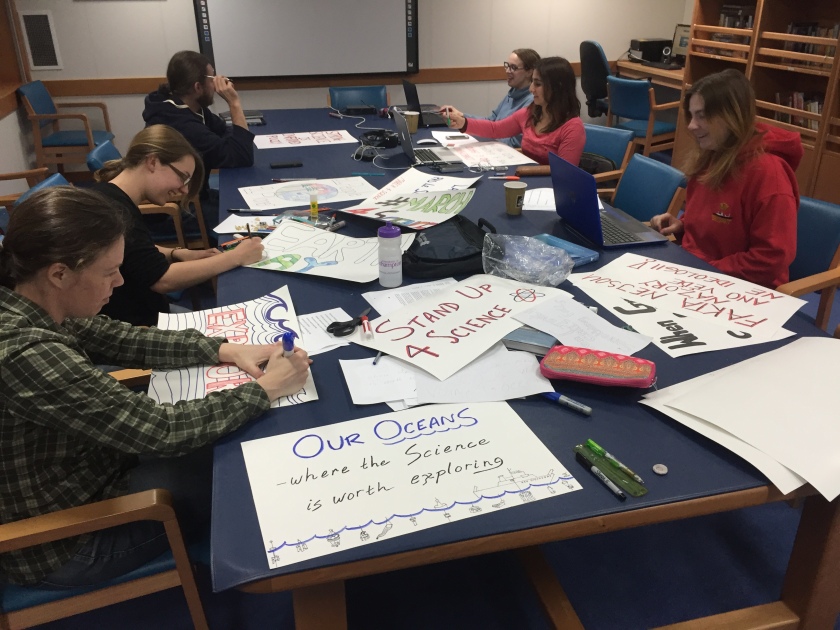 Scientists and technicians aboard the RRS Discovery marched from the Conference Room to the Bow for a photograph in front of the bridge – possibly the shortest march in the world! We had signs written in English, French, Portuguese and Czech and has scientists from the all over the world from the USA, to the UK, to Belarus and more!

The collection of March for Science posters 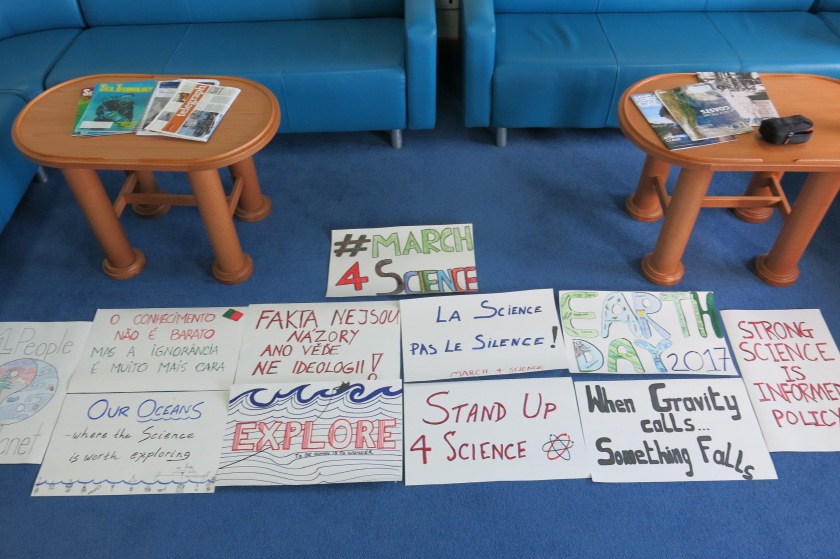 One thought on “March for Science in the Atlantic Ocean”